You are here: Home /  Zodiac Signs /  Libra is the Sign of Peace 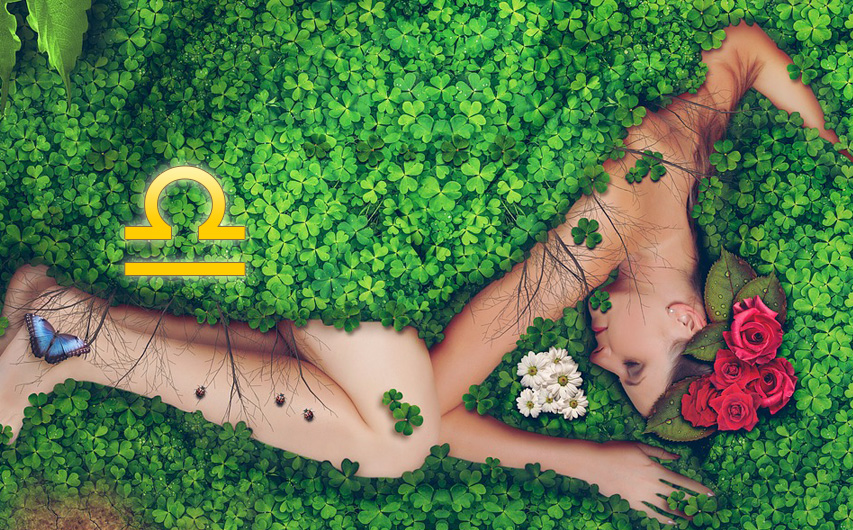 Those born under the sign of Libra are some of the most composed and controlled individuals ever to grace this Earth. Although they might be fearful of the outcome of a situation, they rarely show…

Those born under the sign of Libra are some of the most composed and controlled individuals ever to grace this Earth. Although they might be fearful of the outcome of a situation, they rarely show their true feelings and never appear distraught. Although this air sign starts on the 21st of September, it doesn’t come into complete power until seven days from then. Similarly, although its rule officially ends on 20th October, it takes seven days for Libra to lose its power completely.

Those who are Librans are very fair and understand the role of justice in everyday society. Therefore, they delight in performing humanitarian acts, such as organizing petitions to help the less fortunate. Because they hate confrontation, if you are in a dispute with a Libran, be sure to approach the issue calmly. There is nothing that a Libran values more than his or her inner peace. In public, Librans are very friendly and love making conversation with others. They are also great listeners, and are quite attentive to what others have to say. Sometimes, they can even guess what the other person is thinking. Librans are genuine individuals who make a truthful and positive first impression.

Their sense of peace and order makes their decisions regarding politics, economics, and social causes very valuable. In fact, the accuracy of their predictions could even lead to a career in that field, such as meteorology, fortune-telling, or tarot card reading. Their intuition makes them very good gamblers, and often leads to success at playing the stock market. This also makes them reliable in regards to personal advice and decision-making.

Librans live up to their zodiacal sign of balance and always maintain an even personality. They make sure to guard their thoughts and feelings carefully. Although they are skilled at making predictions, they rarely depend on them unless there is concrete proof to back them up.

Libra is symbolised by scales, which represent balance. It’s believed this idea originated because Libra begins on the autumnal equinox, at a time when the amount of daylight and darkness are exactly the same. In the old days, some societies made their convicted criminals wait until the autumnal equinox before executing them, so they could appease the gods of justice at the same time.

Libra is ruled by Venus, as is Taurus, but to a more obvious degree. Librans are clearly the most romantic, sentimental, and kindest of all the signs. The favoured day is Friday (vendredi in French), and there is a fondness for the colour blue for the same reason (you definitely do not favour red, the colour of your opposite sign, Aries).

Everyone loves a Libran. You can’t help it – it’s your nature to be the friendliest, warmest, gentlest sign of all. You always find something to like in everyone, and you make them feel special as a result. You’re the person that feels sorry for the lonely outcast at a party and engages him in a conversation so he won’t feel left out; even if most people find him a bore, you smile and find the interesting, appealing side. For this quality, you will always have friends.

And you’ll need them. That’s why you do this. You simply can’t function well without companionship. Others may interpret this as a sign of weakness, of “co-dependence” even, but it’s just your Venus influence.

Because of this companionable nature, you hate conflict. You’ll do anything to avoid an argument, or to stop one. It’s not that you’re so afraid of being hurt, it’s that you’re afraid of hurting someone else’s feelings.

You’re a diplomat. When confronted with two opposing sides, you’ll find a happy medium. You crave harmony, and like your symbol, balance.

You’re also very intuitive – some would even say psychic. You’re the natural judge of the zodiac, and this sense extends past reason into instinct. You may find something to like in everyone, but you’ll also see the whole character of a person instantly. Others may be amazed at how correct your first impressions are when, later, they see the whole picture.

You have a hunger for knowledge, which befits your sign name – Libra is part of library. But mostly it’s a surface curiosity of lots of things. Like another air sign, Gemini, you love variety, and would rather sample the essences of varied subjects than become an expert at one in particular.

Because of this sampling instinct, you tend to overlook – or not take interest in – the little details. In fact, you dislike the fussy little things in which a sign like Virgo takes so much pride. This can lead to a reputation for unpunctuality, of laziness or unwillingness to do menial chores, or a reluctance to partake in anything that just doesn’t interest you. People might call you selfish and vain if you’re not careful.

You are a daydreamer. You follow your soul, wherever it guides you, at any time of day. This is a wonderful attribute that can lead to great creative expression when applied with discipline, but discipline is a weak area for you.

You have a hard time making decisions. If s not that you’re weak, it’s that you’re so balanced. You see both sides of an issue clearly, and would rather not take a side for fear of offending the other. This can result in lost opportunities and ineffectuality in all aspects of life.

Libra rules the loins, kidneys, and back; all of those areas are therefore vulnerable, and there is a tendency towards diabetes. Watch for backaches especially.

You are not regarded as one of the more physically active signs. Having been born attractive, you don’t feel any great need to work hard at it. But you do maintain it, mostly with social sports like golf and tennis. You’re also blessed with poise and fluid movement, so dancing is common as well. Anything casual that can be done with companionship – that’s what you want.

You look good in virtually anything you wear, so that’s not a concern. You do tend to match your clothes, though – it’s a sign of that Libran balance. So even though you don’t wear black often, you will balance it with white when you do.

You’re more attracted to bright colours – they fit your cheerful persona. Except for red – that’s too aggressive.

Your home is like you – attractive, and with a sense of balance. There’s lots of soft, rounded furniture – it’s both welcoming and it promotes laziness. But there’s just as much space to balance the feel.

When it comes to food, you are much like another air sign, Gemini: you eat for social reasons, and you enjoy variety. A little of this, a little of that – balance again. You’re not a big eater; it’s more important that you have company. Meals are excuses to socialize.

You have a tendency to be frivolous with money, even to take little interest in it, except to use it socially – you do like your nightlife. But you must try to be more disciplined with money, to respect it more, to build a savings account; otherwise your social spending will continually consume your prospects of a sound financial future.

Occupationally, depending on your other astrological influences, you’re likely to fall into one of two camps: you choose either a career that appeals to your sense of physical attractiveness or one that stresses balance.

In the first category are all those beautiful actors and models mentioned earlier, but also designers, decorators, beauticians, make-up artists, and painters. One advantage to these is that you generally get to work with someone, which is vital to you (painting is an exception).

In the second category are the law professions – attorney, judge, and legislator – as well as those that cater to tact, friendliness, and understanding: diplomat, counselor, concierge, and sales rep are a few examples.

Other famous Librans include Mahatma Gandhi (known for his supreme sense of right and wrong), John Lennon (whose life’s work also demonstrated him to be an intuitive judge of character), Eleanor Roosevelt (a natural Libran hostess and diplomat), President Jimmy Carter (respected for his sense of fairness), and designer Ralph Lauren.

You need people, and you certainly need love, and this can lead you into romantic trouble. Opportunities are everywhere for you, because you’re so attractive, so friendly, so flirtatious, and so easily influenced by the opposite sex. Love, in fact, is the most important thing in your life, which is why it’s so problematic for you. But don’t worry – after being misled, cheated on, and under appreciated by several partners, you’ll get it right.

Your ideal mate is likely to be Aries, your zodiacal opposite. It’s a planetary balance of Mars and Venus, aggression and tenderness, leadership and acquiescence, practicality and creativity. You also fare well with Gemini (they appreciate your understanding of their complex character, and you’re artistically harmonious) and Aquarius (you both love people and beauty, although they’re a touch more unpredictable).

Although most everyone likes you, a close relationship with either Virgo (much too fussy for you) or Scorpio (much too dark for your warm, sunny outlook) is unadvisable.